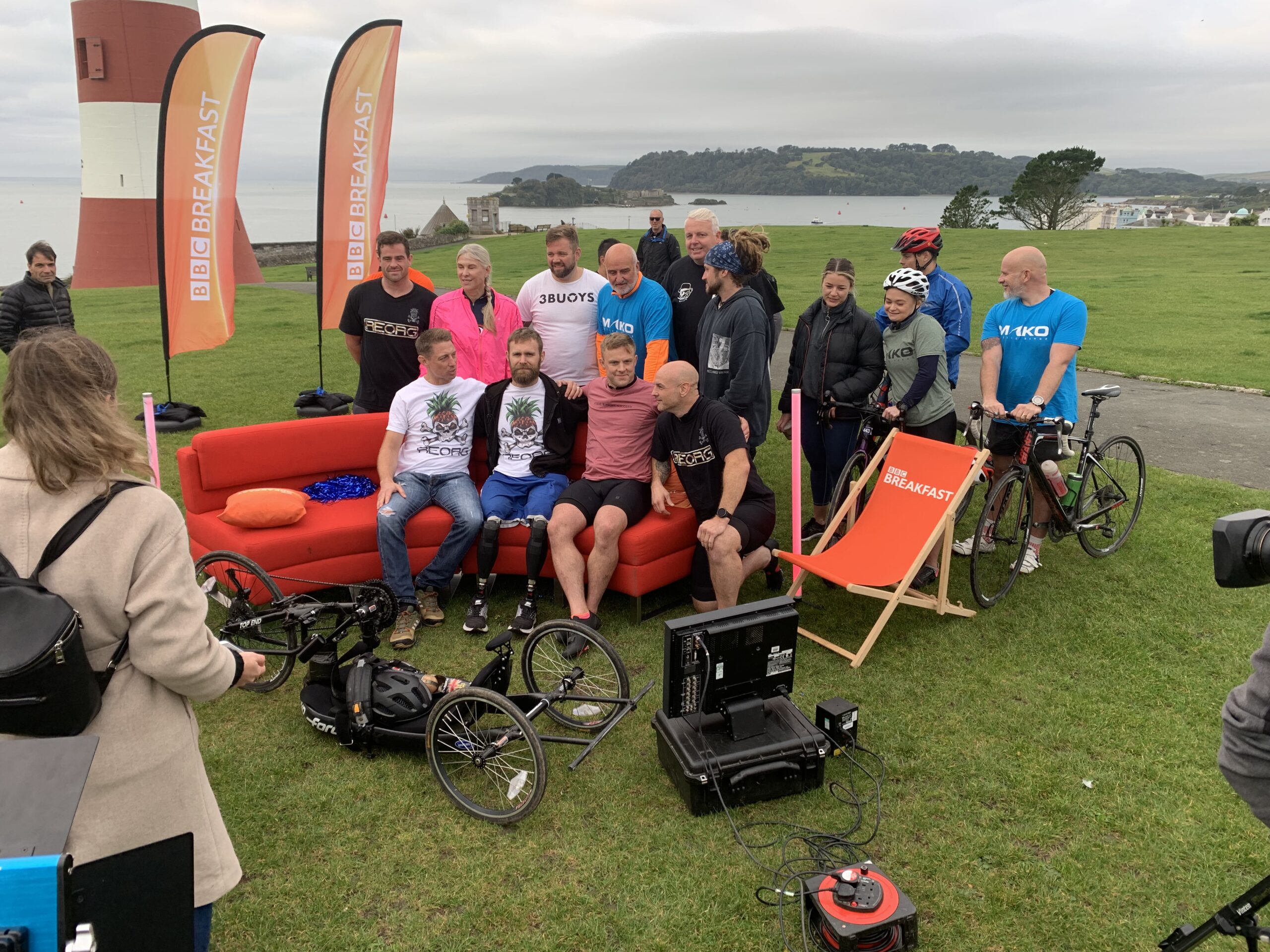 Early start’s are all part of the job

By Ken York13th October 2021No Comments
Early start for the team this morning preparing for the arrival of Mark Ormrod the Former Royal Marine, triple amputee, legend, who is a true inspiration to us all……
This morning, along with his coach and friend Ben Wadham, and a team of friends, Mark arrived at Plymouth Hoe, having cycled an epic 99.9 miles from Ilfracombe
The former Royal Marine set off from Ilfracombe on Thursday afternoon and arrived in Plymouth early this morning
After hand cycling a gruelling 99.9 miles to get there Mark had raised over £512,000 for REORG, with the next milestone goal set at £750,000

READY TO FIND OUT MORE?